Vinfast, a car company based in Vietnam, unveiled a pair of electric SUVs Wednesday that it plans to begin selling in the United States next year. 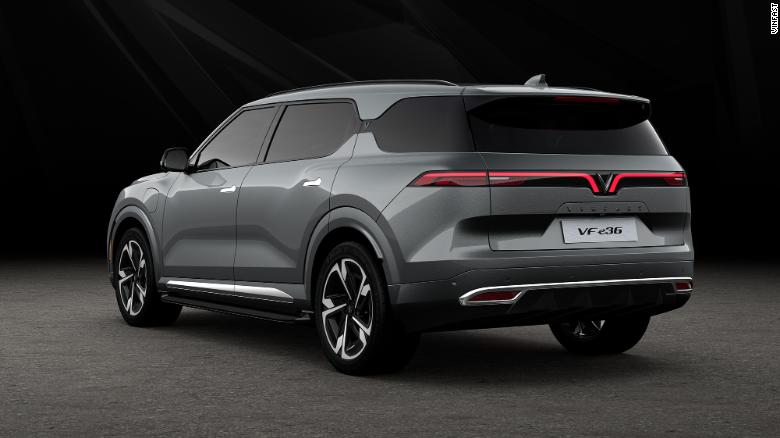 The VinFast VF E36 electric SUV.
A subsidiary of Vietnam’s enormous VinGroup conglomerate — which owns companies in technology, healthcare, amusement parks and even a university — Vinfast unveiled its first models, a pair of gasoline-powered luxury sedans, at the 2018 Paris Motor Show. Both sedans used engineering from German luxury automaker BMW, including its engines. The company now also offers gas-powered SUVs in Vietnam with BMW engines, including a high performance model called the President.
But the company has much bigger ambitions.
“We want to become a global brand,” said Vinfast Global CEO Michael Lohscheller, “and if you want to become a global brand, you have to come to the US.”
The two electric crossovers unveiled at the Los Angeles Auto Show on Wednesday, the VF e35 and VF e36, were designed by Italy’s Pininfarina, which has also designed other gasoline-powered cars for VinFast. Pininfarina is most famous for its history designing classic Ferraris. More recently, Vinfast has been shifting to electric vehicles, like the small VF e34 crossover being offered in Vietnam.
The Vinfast VF e35 has a driving range of up 310 miles on a charge, according to Vinfast. The e36 can go up to 422 miles on a charge. Both have a variety of semi-autonomous driver assist features similar to those available on other luxury SUVs such as self-parking and semi-automated driving.